Throughout the years, countless vascular surgeons and specialists have been members and contributors to ESVS.

Naturally, some of them are no longer among us, but we want to keep them in our memories and reflect on their achievements.

We are therefore dedicating this space to honour and remember them.

The European Society for Vascular Surgery records, with great sadness, the untimely passing of John Thompson on 25th February 2021, at the age of just 63. At the Royal Devon and Exeter Hospital, Exeter UK, John was consultant in vascular surgery with an international reputation in blood transfusion/cell salvage and, most particularly, in the management of thoracic outlet syndrome. Born on the 29th of December 1957 in Newcastle upon Tyne, his undergraduate training was undertaken at the Charing Cross Medical School, London, graduating MBChB in 1982. His vascular training was completed in Poole, Southampton, Swindon and Bristol. 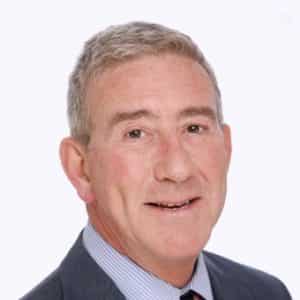 In 1987, John was co-founder and (later) President of the Rouleaux Club. This was a forum for UK vascular trainees, whose emergence (at the time) was actively discouraged by the then doyens of the Vascular Society of Great Britain and Ireland (VSGBI), but which has flourished to the point that the Rouleaux Club President now sits on the VSGBI Council. John was later a valued VSGBI Council member, the first surgeon to serve on the Council of the British Transfusion Society, and he served on many influential blood transfusion and cell salvage committees, including the Chief Medical Officer’s National Blood Transfusion Committee. During his career, he co-edited two textbooks on blood transfusion, co-authored 31 book chapters and >100 publications and delivered 150 presentations and invited lectures.

John was best known for his immense practical knowledge regarding the management of thoracic outlet syndrome (TOS). To the very end, he was the ‘go-to’ person in the UK for advising on the management of TOS (as well as throughout Europe and the rest of the world) and many UK footballers and athletes owe their continued success to his surgical skills. He was also an immense font of knowledge regarding novel blood transfusion strategies, autologous transfusions and cell salvage, long before they entered mainstream practice.

On a personal level, John was a great friend to many and to those who enjoyed his company at the Association of International Vascular Surgeons ski meetings, he combined his undoubted academic skills with being one of the ‘very best tellers of the very worst jokes’. Even now, the punchline “you’re not here for the hunting, are you?” triggers wonderful memories of his incomparable joie de vivre!

Alas, the High-Priest of the Thoracic Outlet is no longer with us, but the knowledge and skills he imparted to his many visitors and trainees will ensure that patients will continue to benefit from his teaching. RIP John, and our very best wishes go to Fiona, Polly, Will and Henry

2001 ESVS President, Consultant Vascular Surgeon, Aarhus University Hospital, Denmark
Professor Paaske, William to his friends, died on Christmas Eve 2016 at the age of 68. He was born on 12/6/48 in Nikebing Falster, Denmark and graduated from the University of Copenhagen in 1974. His interest in vascular medicine began when he worked at the Rockefeller Institute teaching students about blood flow and blood vessels and the related physiology which led to a research project using radioactive tracers to investigate the circulation. He then of course wrote papers on this topic which were published and this in turn led to him being given a student research scholarship by the University of Copenhagen. During this fellowship he spent some time in the laboratory and did research on the control of the peripheral circulation and the transfer of molecules across capillary membranes. 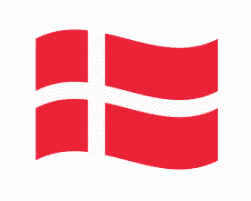 At this stage he entered surgical training in order to become a vascular surgeon. In typical William Paaske style he said when he was once asked about his career ‘it seemed to me that the life of a vascular surgeon could not be altogether boring’.

Throughout his career he was keen to impart his knowledge to others and had a wide interest in other fields ensuring that he was not the often seen ‘boring doctor who knew nothing about anything except medicine’. He was in fact a man of great intellect and had a wide knowledge of many subjects. His colleagues often enjoyed discussions with William about a number of different subjects usually in comfortable surroundings accompanied by a nice glass of wine. He had a very logical mind and was quite happy to discuss almost any topic for many hours. His arguments were always logical and often ended with agreement. His interests extended from the classics to modern literature and philosophy which no doubt helped his attitude towards any discussion which usually led to a reasoned and rational conclusion.

Apart from this aspect of his personality he was always interested in promoting vascular surgery and trying to make it a specialty across Europe. This led him to becoming involved from the very beginning in the creation of a European system of training, assessment and continuing education which eventually led to widely accepted examinations in vascular surgery recognised across Europe. He became President of the Division of Vascular Surgery at the European Board of Vascular Surgery which continues to be important and successful to this very day.

When the European Society of Vascular Surgery was founded he was an early enthusiast and supporter. In the Council of the European Society of Vascular Surgery his many skills were appreciated. His logical mind and the ability to discuss matters without emotion helped in decision making often allowing a successful conclusion to our discussions. He was always prepared to look to the future and from the very start his ambition was to achieve a paperless society. When the internet was first starting and computers became important, he argued that we should get involved in websites, computing and all things that are now taken as part of everyday life. Some members of the council were against pursuing this process but William with his usual skills argued strongly for it and that is why the ESVS was one of the first organisations to get involved in the worldwide web and computing activities. He worked hard on the council of the ESVS and became President from 2000-2001.

Throughout his extensive research carer and surgical practice he managed to find the time to pursue his other interests and to travel to different countries and absorb their culture. He was certainly well travelled and had a large number of international friends who he saw regularly. One of his favourite places to discuss topics would be in a pleasant room where a glass of fine wine was available and he was able to smoke a large cigar or a pipe which he used to enjoy.

A few years before his death he learnt that he had a medical problem which could lead to his death at any time but he approached this in his usual philosophical manner and simply carried on doing what he did best.

He was a man who enjoyed life, had a vast knowledge of many things outside medicine, an intellect which allowed him to discuss a topic endlessly without rancour and usually came to the right conclusion. He is missed by his friends but his contributions to vascular surgery will remain to remind everyone of his commitment to this area of medicine.